Hiromi is a sixth grader, and is one of my more rambunctious students, but I like her.  Some of my other wilder students are less likable, and I kind of enjoy laying the hammer on them, but that is not the case with Hiromi. She is so charismatic that the bahavior of the rest of the class will be solely dependant on her's. When Hiromi is quiet, the rest of the class will be that way. When she becomes difficult, so will the rest of the class.  Although I love her enthusiasm and her zest for life, having control of the class is more important, so the reigns on Hiromi are rather tight.  I like her, because she is obviously highly intelligent, but she is not particularly hardworking. Hiromi always seems to know enough to answer intelligently.  Her best quality is her amazing smile.  Her eyes are rather squinty, so when she smiles, they look as if they are completely closed.  It's beautiful.

Hiromi is in one of the upper level sixth grade classes, so she and most of her classmates are fluent in English.  In phone interviews with my upper levels, I usually converse with them, and talk about what is going on in their lives.  Her best friend, Cassie, is in the same class, and through those interviews, I have learned that she and Cassie do everything together.  In the beginning, I thought it would be unspeakable for the two of them to sit next to each other in class.  They would constantly look across the room, turn towards each other, and speak to each other silently, reading each other's lips.  It would drive me nuts, because other students would see it, then feel free to speak to each other more verbally.  There was no separating the two girls, even though they were across the room.

I moved Hiromi, as I do with all of my other rambunctious students, to the back to the class.  Cassie, who sat in the front, would constantly feel the need to turn around with her back towards me to communicate nonverbally with Hiromi.  One day, I decided to move Cassie to the back next to Hiromi to see what would happen, because the class was becoming rather difficult to manage.  It couldn't possibly be much worse than what it had already become.  As I walked into class on that particular day, I said, "Cassie!  Move next to Hiromi."  I pointed my finger at the particular seat where she was sitting in the front, then I moved it towards the empty seat in the back next to Hiromi.  Hiromi flashed me her amazing shut-eyed smile.

Cassie couldn't believe it, "But Teacher!  I can't sit next to her!  Korean teacher won't let me!"

I repeated, "Cassie!  Move next to Hiromi."  And again, I pointed my finger, and moved it from where Cassie was sitting in the front to the empty seat next to Hiromi in the back.

"But Teacher...!!"  I kept pointing, and moving my finger from the front to the back.

The other students were stunned.  They knew the implications of the two friends sitting next to each other.  I think they genuinely believed the class was going to explode.  Then other students began chiming in, "Teacher!  Can I move next to so and so!?"

"Nope. Only Cassie can move."

Another student would chime in, "Teacher!  Can I move next to such and such!?"

"Nope.  Only Cassie is allowed to move."

The reigns remain tight on the two friends.  I have to be more strict with them than I am with other students, because, again, Hiromi is so charismatic, that if she gets out of hand, so will the rest of the class.  The two friends no longer have to disturb the other students by looking across the room to communicate, because they are next to each other, out of sight in the back of the class.  And I have sort of endeared myself to the two friends, because I am one of the few teachers to allow them to do the unspeakable.

Another Korean channel surfing stopper is a beautiful woman who goes by the name, Soo Ae.  She stars in a drama called, A Thousand Days Promise.  On TV, she has sort of an elegant plainness that I find to be incredibly striking.  She is also a spokesperson for a company selling women's apparel here in Korea, so her pictures are everywhere.  I don't mind seeing them, and I don't mind seeing her on TV. 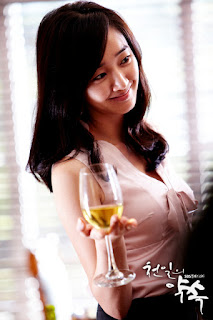 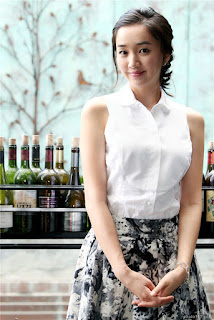 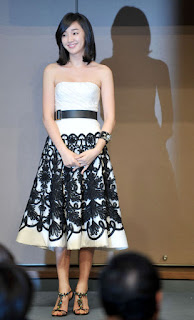 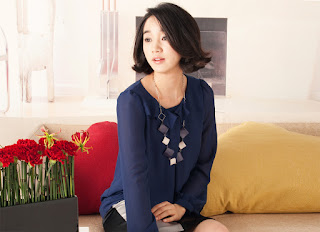 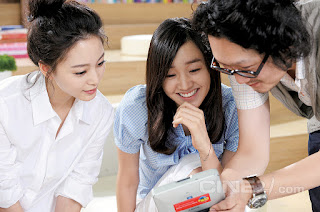 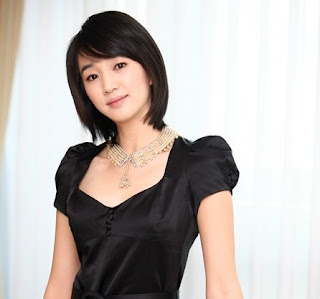 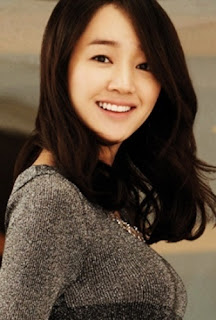 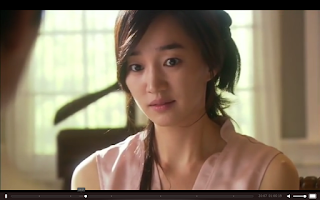 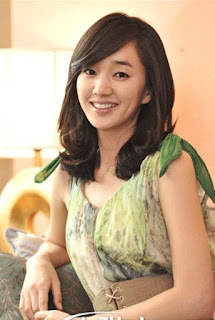 These pictures were found via a search through google images.  They are not mine.
Posted by Chris Polk at 7:58 AM