I've noticed that LSU has made national news this week.  (Here is a link to the story from the LSU student newspaper, The Daily Reveille.)  Some may say that the publicity that my alma mater has received has been negative, but I find it to be a beautiful demonstration of our first amendment to the Constitution of the United States of America.  Allow me to explain before being quick to judge.  Back home at LSU, a student apparently took down the american flag that waives above the World War 2 memorial in the Parade Grounds, then proceeded to burn it, and later turned himself in to police for vandalism.

Soon after, a grad student threatened to burn an American flag publicly at Free Speech Alley.  For those of you not familiar with LSU, Free Speech Alley is an area in front of the Student Union that serves exactly the purpose stated in it's name.  Most of the time, Free Speech Alley is occupied by wanna-be televangelists screaming at students, telling them they are going to hell because they party on the weekends.  But sometimes, Free Speech Alley can be interesting, and this week was one of those times.

Nowhere in our constitution does it state that "a federally established flag will be the colors red, white, and blue. White stars representing the states will be displayed on the upper left hand corner in front of a rectangular blue background covering one quarter of the flag.  The other three quarters will consist of thirteen alternating horizontal red and white stripes, beginning and ending with red."  Old Glory was not a state established flag, but one that was established by the private sector of the United States of America.

The first Amendment to the Constitution does state that, "Congress shall make no law respecting an establishment of religion, or prohibiting the free exercise thereof; or abridging the freedom of speech, or of the press; or the right of the people peaceably to assemble, and to petition the Government for a redress of grievances."  It is the first amendment because it is the most important of all the amendments.  (So what does that say about our second amendment?  But that is another discussion for another time.)  Any law prohibiting the defacement of a mere symbol is a direct violation of the first amendment, and is therefore unconstitutional.

What makes America beautiful is that "We the people" are allowed to disagree with the government.  Our beauty as a nation is that we are well within our rights, and are protected by law, should we decide to undergo such an extreme measure that evokes such emotion and indignation, as the act of physically burning Old Glory.  But what also makes our nation beautiful is that those who disagree with the burner are also well within their rights, and are protected by law, should they decide to peacefully protest such a burning, which is exactly what happened at LSU.  What made the incident at LSU beautiful is that the police was there merely to keep the peace, and probably spent most of their resources protecting the flag burner.

I have read two books concerning North Korea, one entitled, Nothing To Envy, and the other entitled, Under the Loving Care of the Fatherly Leader.  Both were fascinating reads.  Based on what I have learned, if a North Korean citizen was caught willfully burning a North Korean flag, or a portrait of Kim Jong Il, he/she would be tied to a steak, and blindfolded.  His/her mouth would then be stuffed with rocks, so he/she would be unable to speak, then he/she would be shot in front of his/her fellow citizens.  Needless to say, the public execution would take place without a "fair and speedy trial."  What if, God forbid, our flag became a similar symbol of oppression as that of North Korea?  Would such a burning invoke the same indignation and emotion?

The beauty of the event at LSU is that the people were the ones who stopped the potential burner, not a government entity.  Who prevented the extremist minister from Florida from burning the Quran?  It wasn't our government.  It was outraged citizens.  The beauty of our nation is in our reliance on the competence and discernment of our citizens, with the belief that they are inherently good, and that their judgement is sound.

What if an American flag is successfully burned?  It happens fairly frequently in the middle east.  All you have to do is watch the news to witness it.  Is America still America after a mere symbol of our nation is defaced?  Is our nation greater than a mere symbol?  Absolutely.  Will a flag burning make our constitution less timeless and less ingenious?  Will it cause our people to be less competent, and will it take away from the greater good that the people of America stand for?  Absolutely not.

Last Sunday, some friends from church, and I hiked Meudung Mountain, the highest point in Metro Gwangju.  It was a beautiful hike, and I am still a little sore from it, but we had an amazing view from the top, and it was a great time.  It took a little less than four hours total to get to the top, and back down. 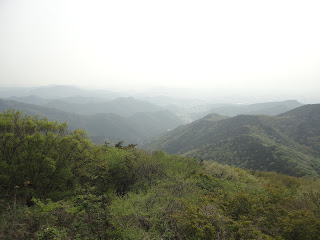 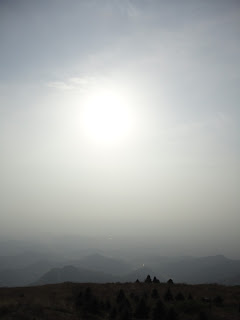 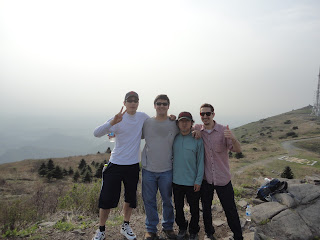 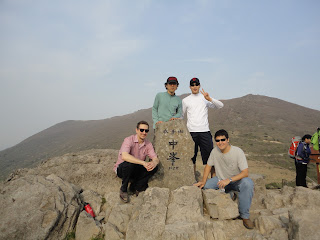 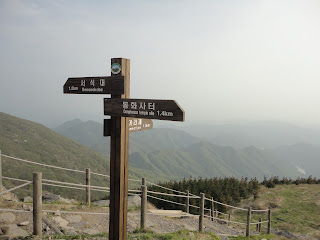 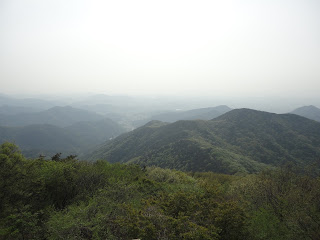 Email ThisBlogThis!Share to TwitterShare to FacebookShare to Pinterest
Labels: Connecting to America